Yesterday the temps actually got up to 70 which was way nicer than it has been. It has been cold and rainy down here in the Rio Grande Valley, but still not as bad as last year. We have been running through a lot of propane and electricity, though, that's for sure. We keep heat in the Texas Room all the time because we spend a lot of time over there. And we keep the motorhome heated as well, mostly with propane because the heat pumps are so noisy under the canopy.

With the warmer weather yesterday, there were so many people out walking and riding their bikes, there were traffic jams in the streets. On my! I got the dogs out more yesterday because they really like being outside. Today is another cold day and it has started out wet, so that is going to be the rule today and tomorrow and then warmer temps return. It will be more in the "normal" range from then on. . . at least for the 10 days I can see on the weather site. Still better than what we would have if we were back in Indiana. And it is easier trying to keep warm when it is 40 than if it were -10; I try not to complain.

I have started working on our taxes for last year. I have a computer I use just for that and when I booted it up the other day it gave me lots of errors. . . same as before which is why I stopped using it, but it never locked up on me. Now it was locking up every 15-20 minutes and would require pulling the battery and unplugging it, then putting it back together and restarting, only to do it all over 20 minutes later. Not going to be able to get my tax stuff done if that keeps happening. I can't just use my other machine, because it is a Mac and my one bank does not communicate Quicken files to a Mac. Get with the times, Interra! So I have to have this one running in order to download the data and work it up.

So. . . I finally got smarter and rebooted in safe mode. I went in and uninstalled multiple programs I knew I didn't need. . . mostly games. And I no longer use McAfee, opting for a free antivirus since I only fire this computer up once a year, so I got rid of it. I rebooted and it has been running well ever since.  Good for me. I worked all day yesterday and got some stuff printed out and some other work done on the apartments. It isn't hard work and the computer makes it easy, but I have some sorting through records, etc., and it just takes time. I want to be ready to send it all off when I get my tax documents from everywhere. Having sold two houses this year will certainly cause some stress, but we already know about how much and part of it has been paid, so we are ready for that. We took the sales documents to our tax person this fall, so she already has that part worked up. It will be a lot easier when we finished selling off the apartments and no longer have that paperwork to do.

Mom and Dad's car has been in for service and hopefully will be done this week, so when it is, we will take them to go get it. I see eating out in our future! We don't go out often as it's hard for Terry's low sodium diet, but we do sometimes splurge!

We are ready for warmer weather, that's for sure. Shades of 2014 are clouding the horizon. That ol' North Wind just keeps blowing and when it does. . . we are in for cold, cold weather. Of course, it's not as bad as up north, back in Indiana or anywhere else north of I-10! So we try not to complain, but it is colder than we have come to expect down here. At least it's dried out for a few days here, but that is supposed to change as well, dipping into the 40's for the high Thursday and rain on Wednesday, Friday and Saturday. Yuck! 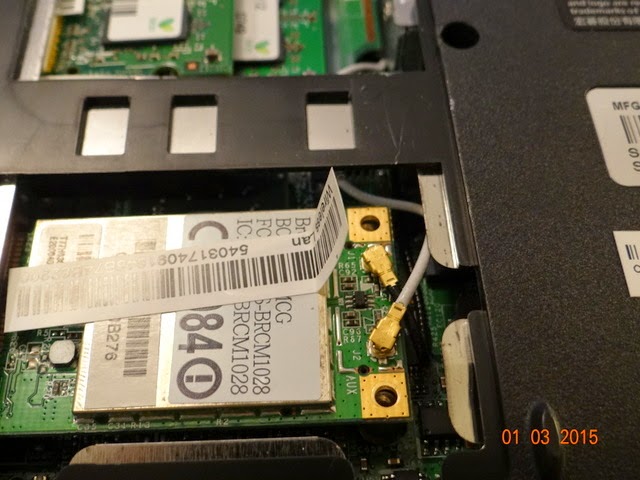 Mom's laptop bit the dust. When she tried to turn it on earlier this 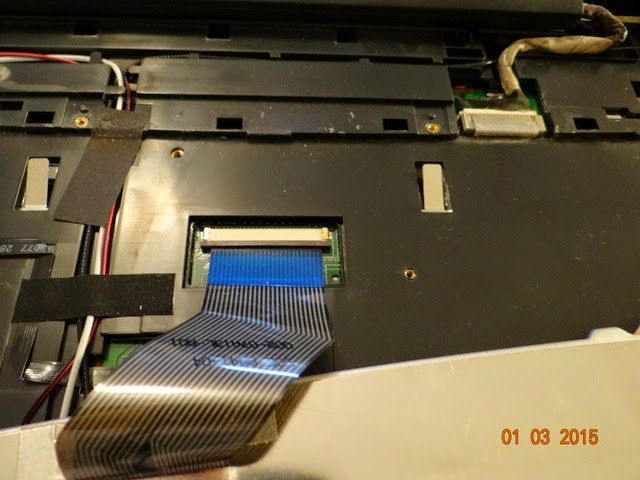 fall, it would not power up. I'm at a loss with laptops, but Terry's not afraid to try anything. He has torn his various machines apart and even my old Gateway and managed to fix most problems. So he decided to take on the project. He ended up replacing the ram, motherboard, CPU and the battery. It could be just the battery, but it was UNDER the motherboard so he didn't want to tear it all down and replace the battery, then find out something else was bad. He got all the parts off E-bay for less than $40 total and he fixed it! It's up and running again. We still need to update the browser, but she is back to playing cards again! Because of the browser issues, we can't easily get to her email, so a phone is still best if you want to talk to her.

Terry and I had to run Mom and Dad's car to the Ford dealer in Edinburg this morning for service, so it was a good excuse to eat out for breakfast! We ate at the 107 Cafe and it was pretty good. It's a nice little restaurant and everyone was very friendly.

We came on home so we wouldn't miss the propane guy. We need to fill up again in the motorhome. We use more gas because running our heat pumps is extremely noisy under the canopy, but we have been running the back one just to save a bit on propane. 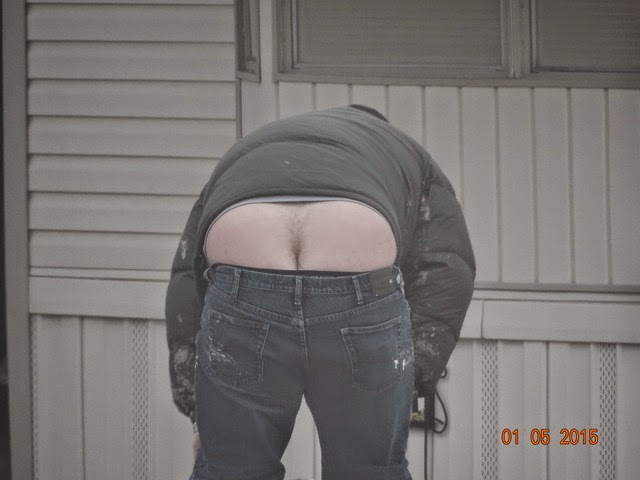 While we have been home, our neighbors across from us were getting their roof re-coated. The guy running up and down the ladder did not have a belt on and when Terry looked out, he got almost a FULL MOON!!!!! Haha.  Didn't seem to bother him, but it only got worse as the morning rolled on. I don't see how he kept from falling as his pants were down so far, but he left in one piece. Ho ho.

Yesterday we went over to Enchanted Valley, a neighboring park in our system. They had the Gold Wing Express playing. This bluegrass group is comprised of a Dad and three sons. The boys' mother was a full blooded Creek Indian who died 15 years ago and they pay tribute to her and their Indian Heritage in their routine as well as all veterans. They play bass, lead guitar, mandolin, dobro and banjo. Steve, the banjo/dobro player said he first started picking the 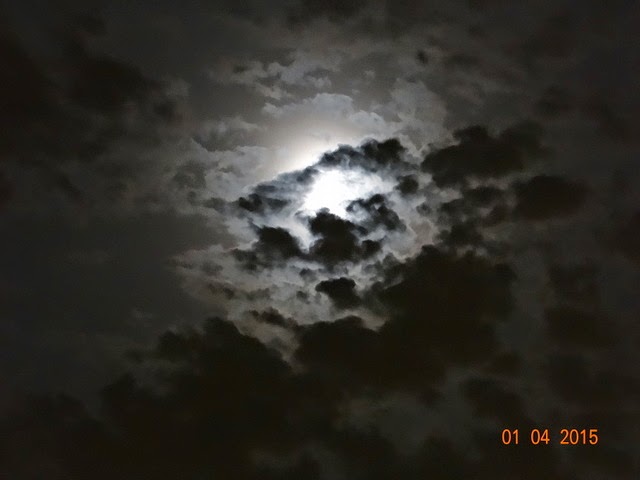 banjo at age 10, 33 years ago. They are all exceptional talents. It was a very good performance and I would encourage all who enjoy bluegrass to see them if they are in your area. They are in the RGV till mid February, but they also play in Branson. You won't be disappointed. 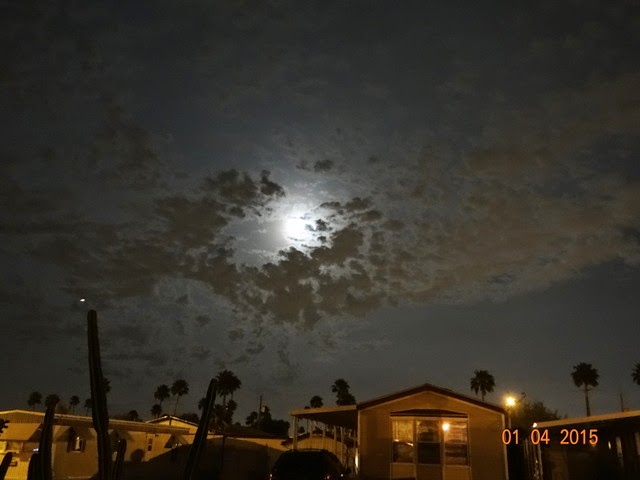 Last night we were treated to a much nicer "moon" shot. There were clouds, but the moon shown through and it was quite beautiful.