Last Thursday, we took Mom and Dad to Houston in Phaeton Place to visit some family. We left around 8:15 a.m. in the misting and cold wet weather and made it to our planned stop in Victoria. Once we got there, we unhooked the truck and we all went to Mumphford's BBQ. I had taken them and Nita there for lunch when we brought Mom and Dad down in October and they really loved it. It was just as good this time and since we went in the early afternoon, there weren't many people there. There were customers, but it wasn't crowded, so that worked out great. Afterwards we went back to the motorhome and turned up the heat. We had finally run out of the rain/mist and we were hoping that was it. We stayed in the rest of the evening and went to bed early.

Mom and Dad were in the bedroom, so we put an air mattress in the living room. Some time during the night, the air started leaking out and we suspect the valve wasn't tightened. We didn't want to use the pump at 2 a.m. fearing we would wake up Mom and Dad, so we opened the couch and slept there the rest of the night. We were able to get out the backup air mattress for the second night out and that worked great.  On Friday we drove 115 miles on to Houston and parked Phaeton Place at Lakeview RV Resort, where we had spent three months when Terry was undergoing cancer treatment. We had lunch and then we headed out. We took Mom and Dad to see where Terry's treatment had been and also past the Astrodome and the Reliant Stadium. We also passed by the main hospitals in the area which have changed a lot since their last visit. 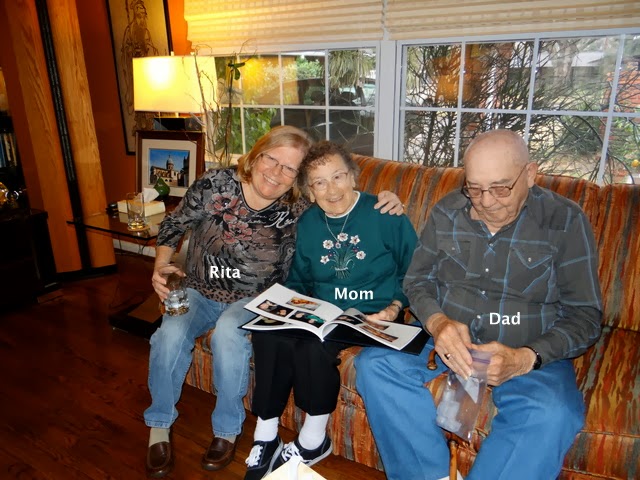 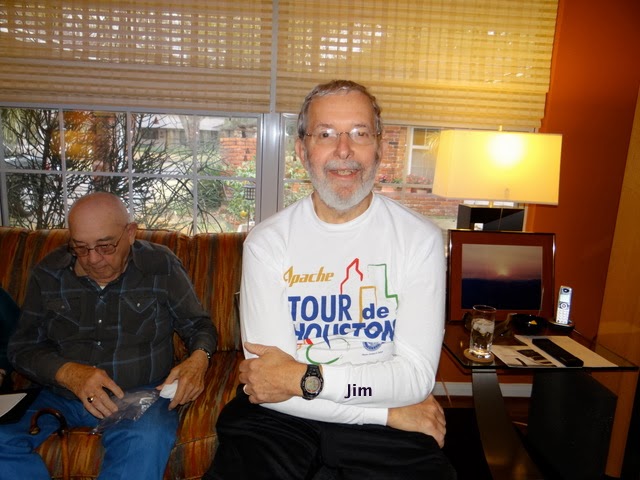 We then went to visit my cousin Jim. He is having some health challenges and his two sisters have been taking turns spending time away from their homes in Oregon to help him here in Houston. I haven't seen the girls in over 40 years and we planned our visit when they would both be there.  It was so good to see them all. Jim and his wife Lillian you may remember from my blog of a couple years ago did a good job of keeping us entertained when we were here for Terry's treatments. They invited us to dinner parties frequently, a Super Bowl party, and gave us lots of information on where to go and what to do to keep us busy. We will always be grateful for that time. Jim's wife died suddenly about 14 months ago and he was stricken four months later. But he is back on the road to recovery and is making good progress. 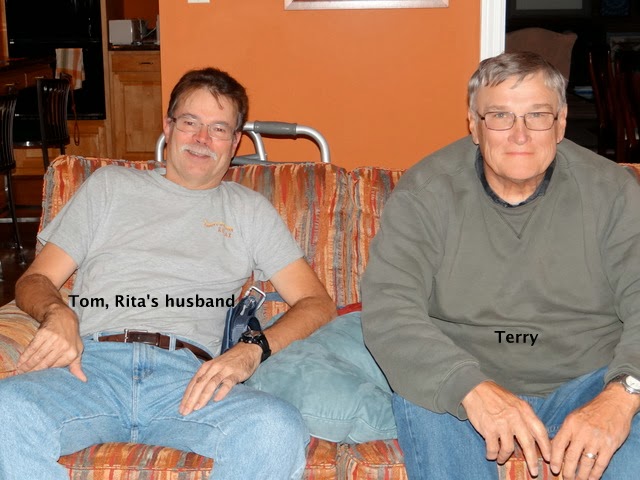 We visited all afternoon, then headed back to the motorhome. Mom and I had made a couple casseroles that were ready to pop in the oven, so we had a good dinner waiting on us. It was still cold and wet out, but the wind had died down, so it was easier staying warm. We spent the night there, then headed back home to the valley Saturday morning. We are back home now in Mission and it was a bit warmer yesterday and today.

I hope it won't be as long before we see each other again, Cousins 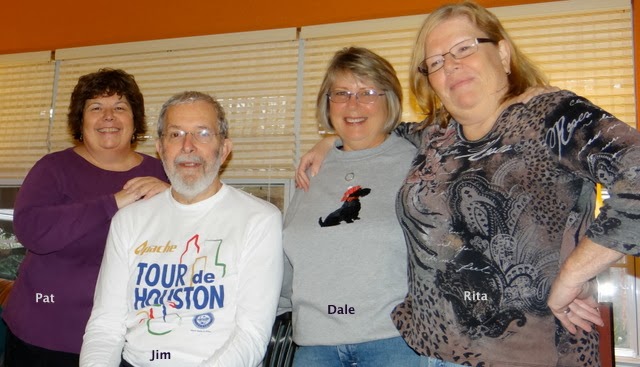 . We had a lot of fun talking and did a bit of catching up, but we have lots more to talk about!