Tuesday we drove through Houston and up to Nacogdoches, Texas, where Foretravel Motorhomes are built. We have been interested in looking at what late model used coaches might be available at Motorhomes of Texas. They had several we looked at, but nothing that I liked well enough to give up what I had. They had a selection of Foretravel and Newell coaches. The Newells are really nice, but they tend to have an almost "gaudy" interior. They just don't look like something to be lived in. . . very pristine and a lot of white with gold trim and accents. I sure don't want to have to keep that all clean. But there surely are coaches that have different interiors, so we have to look. We like the bigger engines in these coaches, but one would have to have amenities like we are used to in order for us to trade. We have lived in ours for eight years and the interior is in better shape than many of the coaches we looked at. It makes one think the quality of the interior fit and finish is no better or in some cases substandard to our Tiffin. So, we are hanging on to Phaeton Place for the present.

After leaving Nacogdoches, we drove on to Henderson where a friend and fellow cancer survivor we met in Houston lives. We set up camp, then drove over to their house. We visited a bit, then Dave and Reba took us to the "Cotton Patch" restaurant where we were able to order just about anything we wanted. They had a great menu and we all ended up getting really large salads. They were so good and we enjoyed them. After dinner we returned to their home and visited till 9:30. Since they both had to work the next day, we didn't want to keep them up too late.

We left Henderson Wednesday morning and drove across the rest of Texas and Louisiana. We ended up in Vicksburg, Mississippi, for the night, camping at Rivertown Campground, south of town. We did go visit the two casinos closest to the camp. It was the strangest experience we have ever had in a casino. The parking lots were virtually empty and so few people were in the place. We got $5 in free play money and that is all we spent. We left there and went to the other casino across the parking lot and it was a little bit busier. But the slots were just as tight. We spent a couple dollars then left. It doesn't make sense. They won't get people in if they don't let them win a bit. Seems to me someone would wisen up and let people win. Then the parking lot would be full, the hotel full, the restaurants full and people spending money. But I won't be back if they don't loosen the slots. Apparently we aren't the only ones who feel that way. 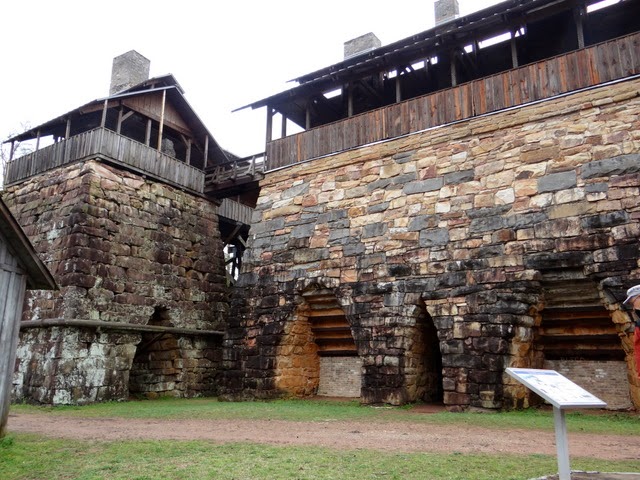 Yesterday we drove on across Mississippi and into Alabama. There was the threat of severe weather 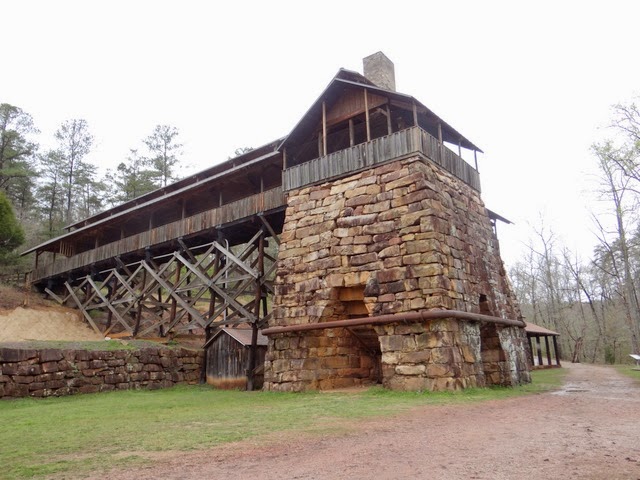 later in the day and into Friday, so we wanted to get to our next mark.We are camped at Tannehill Iron Works State Historical Park. It was a bit of a trick getting in here, but we made it. Tannehill was and iron forge active during the Civil War, producing ordinance and other items for the 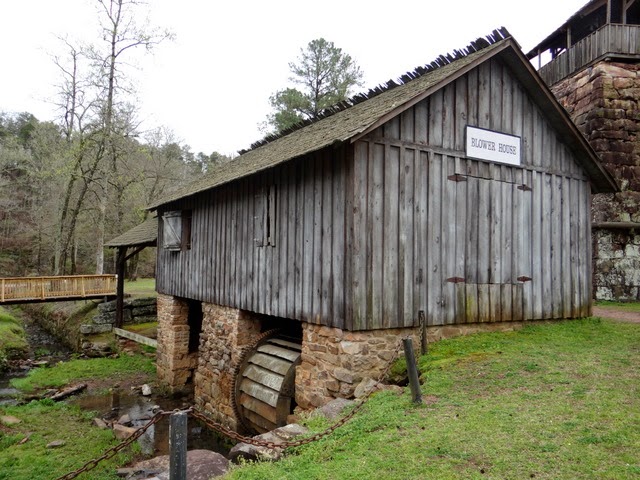 Confederacy. It was destroyed when Wilson and his men burned it to the ground just before the end of the War. It has been partially restored and the furnace actually blasted once again in a historical reinactment witnessed by thousands of people. There is a museum on the grounds and many cabins and other structures of the period have been moved here to form a very informative historical park. We visited the museum and other structures on the grounds today, including a grist mill, church, school, and pioneer farm.

Tomorrow we once again hit the road on our way to see our kids and grandkids!