We arrived in Charlottesville about 2:30 p.m. yesterday. We started out in Charlotte, NC, in rain and some wind, my too least favorite driving situations. But it wasn't raining hard, just constantly, so I didn't run with the cruise on and kept a good distance back from other traffic in case I had to stop.

We stopped for fuel in Virginia and a short time later stopped for lunch at the Walmart in AltaVista, Virginia. We ate in the motorhome, but they were tacos from Taco Bell. Score! From that point on, the rain was gone and it was a big more pleasant drive on to the KOA. It was a 250 mile day, though, which is pretty long for us and I was tired and glad by the time we got to Red Hill Road. We got checked into one of our favorite spots and walked the girls one last time before heading into town.

We got to see the kids' new car. They bought a 2012 Honda Odyssey with third row seating which is 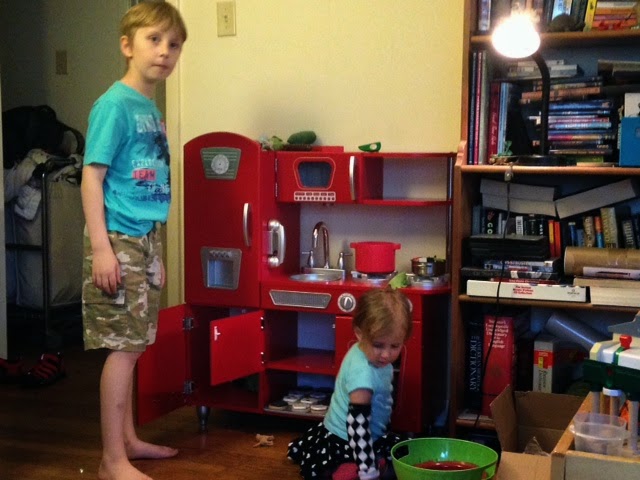 really nice for the kids and the dog. They have space for gear which is a plus. It is a very nice car and I hope they get many years of use out of it.

We had ordered a play kitchen for Aenea for her birthday. We 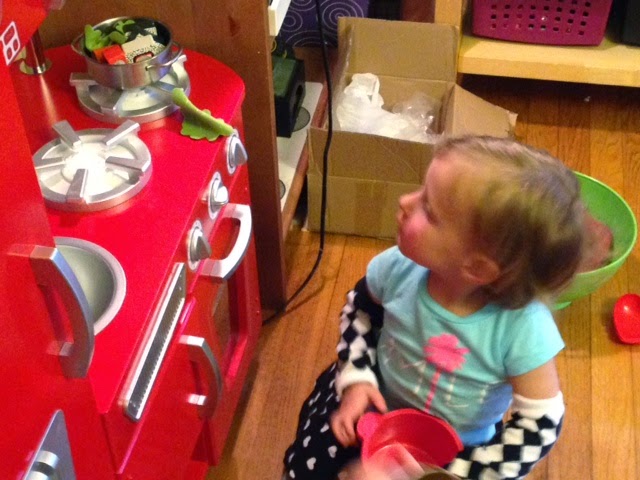 weren't able to be there for her birthday, so I had sent some other stuff then, but waited till we got here for the "big" gift since Terry would put it together. She sat on my lap the rest of the afternoon while Terry and Jocelyn put the kitchen together. It is bright red and really cute. She was very patient while they were working on it but watched the entire build. Once it was done, Ronan helped her put stuff in it and she was still playing when we left. I would have stayed longer, but we were tired from our drive and left around 7.

Since it was Terry's birthday, we stopped on the way home to get Terry some birthday cake. He turned 65 yesterday. It's a bit of a 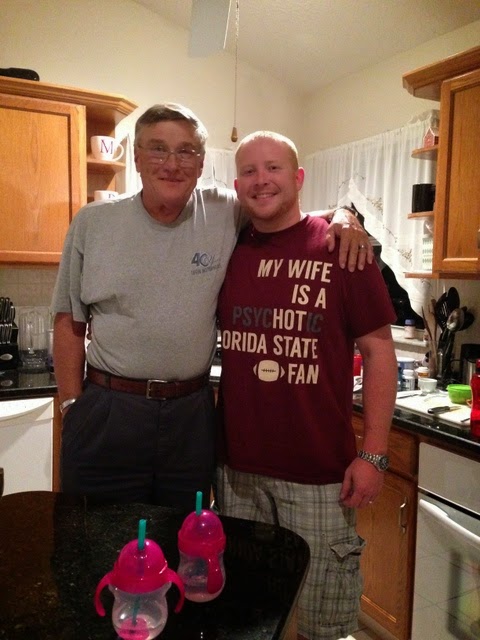 milestone. When he was 47 he had three heart attacks in one week and we didn't know if he would live the week, let alone 17 more years! And he's doing very well. We are thankful for his health and modern technology! Happy Birthday to the love of my life!