We spend part of every day in at the kids' house in Charlottesville, but we have to get back after 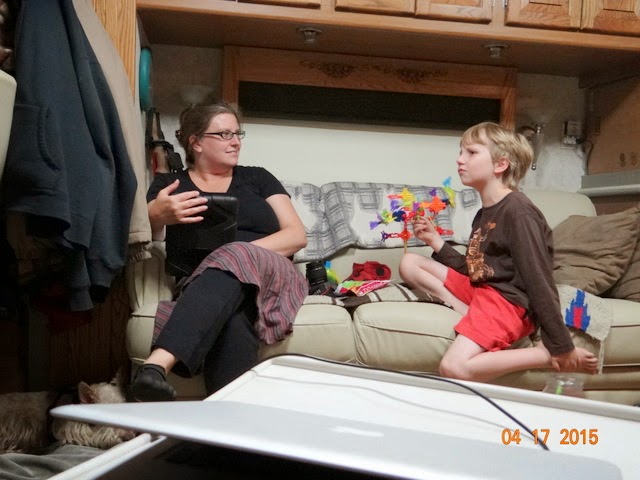 several hours to walk and feed our dogs. So usually we don't go back in. Sometimes the kids come out to the motorhome for a visit which is what they did last night. 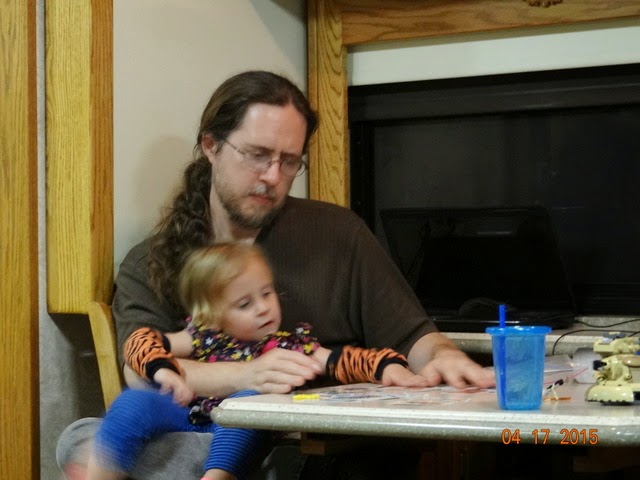 It's always fun to have them here, but I don't have much for the little 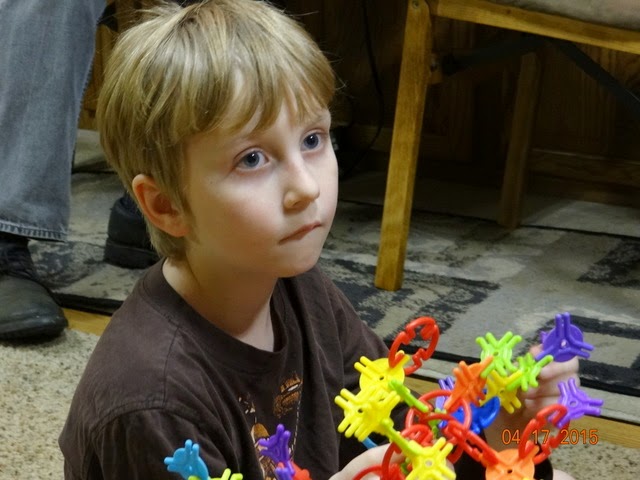 ones in the form of entertainment. I just can't carry a bunch of kid's toys around the country. I can't afford the space. But they usually bring their own toys anyway.

Yesterday morning we took a

brief road trip over the mountain back to Stuart's Draft. There is a "Little Debbie" outlet store there and Terry wanted to stock up on his granola bars, but they didn't have any good deals on what he wanted. Last fall he bought his favorite low sodium granola bars for 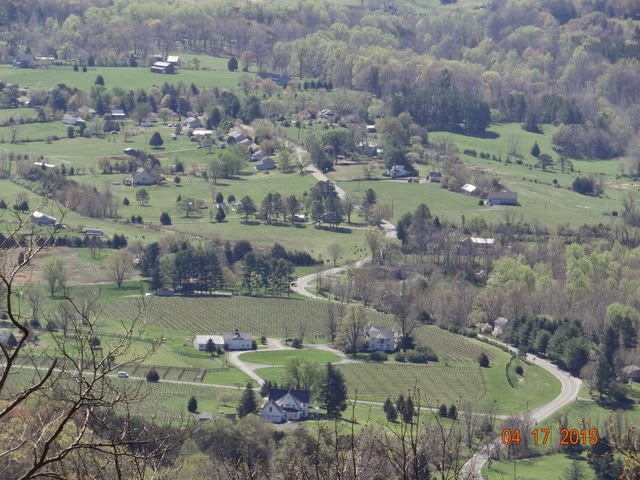 $8 a case. That's $1 a box. A bit cheaper than the grocery store. On the way back down the mountain, we stopped at the overlook. So many times when we are up there it is foggy or overcast and good pictures are impossible. But this time I got some pretty good shots. 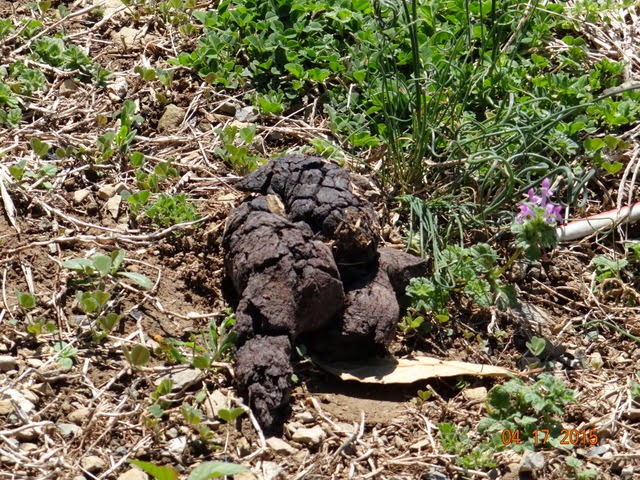 One thing we saw was a bit scary. I know they have bears here, but this bear scat was just on the other side of the fence, which isn't really a barrier fence. Just some sturdy boards to keep you from falling over the edge of the mountain. The scat was within two feet of where we were standing!

Tomorrow Jocelyn is having a birthday part for Ronan with some of his friends. Tom's parents are coming as well, so we will seeing them for the first time since fall. Ronan's birthday is actually on Tuesday, so that's when he will get our gifts!